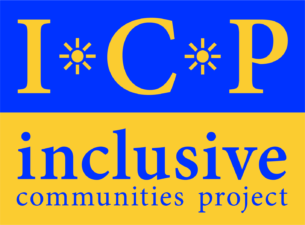 Neighborhood Equity: Knowing the Type of Planned Development District Zoning in your Neighborhood is Important

Land use regulations, such as zoning, have been tools of discrimination while treating neighborhoods of color differently than predominantly white neighborhoods and physically separating people of different race/ethnicities from each other.

“The use of industrial, even toxic waste zoning, to turn African American neighborhoods into slums was not restricted to St. Louis. It became increasingly common as the twentieth century proceeded and manufacturing operations grew in urban areas,” as stated by Richard Rothstein in his book called the Color of Law: A Forgotten History of How Our Government Segregated America.

Understanding zoning is a critical step for residents as they try to undo previous harms and to remedy policies and practices that perpetuate the harmful effects of discrimination and segregation.

The City of Dallas has 1000+ Planned Development Districts (PDD’s). Unlike other zoning districts in the City of Dallas, PDD’s are a type of zoning district that can allow a combination of uses such as residential, recreation, industrial, office – see Dallas City Code Division 51A-4.200 for the complete list. This means that to truly know what a PDD allows, or does not allow e.g., affordable housing, residents have to review its ordinance because each PDD is unique.

In effort to streamline PDD information in one location for easy public access as neighborhoods address inequities in the City, ICP has created a guide and a map that show each PDD boundary with links of the ordinance and other essential information to help residents learn about the zoning around them.

Below is the link of the guide (in English) to access City of Dallas information on Planned Development Districts (the link also includes access to the interactive map): https://storymaps.arcgis.com/stories/b1b2bff0d7e546d59874bb3644185ef5

Knowing the zoning in a neighborhood is the first step towards land use that reflects a neighborhood’s vision and starts reversing past harms of discrimination.

Listen to Renters Speak out about Housing Voucher Discrimination

The Inclusive Communities Project Announces its New Theory of Change